Oman is the oldest independent nation in the Arab world and has many important historic forts that date from the pre-gunpowder era in the Middle East.

Bahla Fort, which stands proud over the modern city of Bahla, dates from the early Middle Ages. It is the only UNESCO World Heritage-listed fort in Oman, a testament to its unique character.

437 Views | the publication reaches you by | Oman News

It is believed that the Persians who occupied this part of the Arabian Peninsula in the 4th and 5th centuries AD first built a fort at this location and little is known about the area after the Sasanian Persians withdrew from Arabia. The Bani Nabhan tribe, who established the Nabhani dynasty, ruled the territory of what is Oman from 1154 until the early 1600s. They followed the Ibadism branch of Islam which is still practiced widely in modern Oman.

This tribe’s wealth increased due to the control of the frankincense trade. Bahla was built largely to protect the nearby Yabrin oasis and the frankincense trade route that ran to modern Syria and Iraq. The Portuguese conquered Muscat in the mid-seventeenth century before they were driven out by an Imam.

While the Ottoman Turks controlled Muscat, much of the territory and the Bahla Fort was controlled by the Al Said dynasty. This dynasty later established a maritime empire along the east coast of Africa. The Imam of Oman later controlled the fort even when the nation became a British Protectorate in 1891.

During the Jebel Akhdar War, the fort was occupied by local Omanis who resisted the rule of the Sultan and it was bombed by British airplanes in 1957. By the 1980s the fortress was in danger of collapse and was restored over a 12-year project.

The Wonders of Bahla fort, Oman

The fort is located at the foot of the Jebel Akhdar mountain range. It is situated on a rocky escarpment, built from baked brick and follows the contours of the mountain.

Bahla fort has high walls which enclose an area of 8 square miles (13 km). There are a number of towers of varying heights with narrow slit-like windows, known as machicolations, from which the defenders could pour molten lead onto the attackers. Bahla’s four round towers, known as wind towers, which can be accessed by ladders. 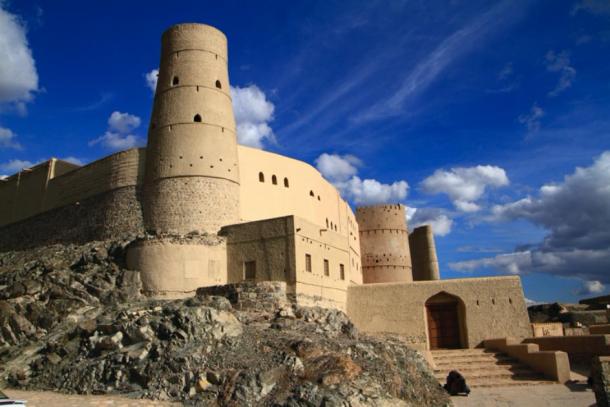 One of the protective round towers of Bahla Fort, Oman ( Rudolf Tepfenhart / Adobe Stock)

Upon entering the fort there is a small prayer room, which reputedly was once a Jewish synagogue or a Zoroastrian shrine. Beyond this lies a warren of alleys and buildings.

The fort is divided into three main areas. Al-Qasabah is the oldest part of the fortress, built during the middle ages. Bait al-Hadith (or new house) is a self-enclosed area and was constructed in the 1600s. Lastly, Bait Al-Jabal (or mountain house) dates from the 1700s.

Beneath the fortress a huge cellar once stored dates harvested from the nearby oasis. Two ancient mosques grace the fort as well as the remains of many houses. A small path leads down to an old well, where water is drawn by an ancient system.

Adjacent to the fort is the oasis that is irrigated by a traditional system and was once protected by walls that ran from the fortress. Only sections of the defenses can still be seen.

In recent years, heavy rains have eroded parts of the walls and it is now categorized as at risk by UNESCO. Some of the ramparts have been badly damaged by recent construction work as stone was used in the restoration of the walls which is considered as unauthentic.

How to Visit Bahla Fort, Oman

The fort is about a two-hour drive from Muscat, the capital of Oman. A fee is charged to enter the complex and guided tour of the site are available, but there is little actual information about the fortress. Bahla fort is closed outside of visiting hours. 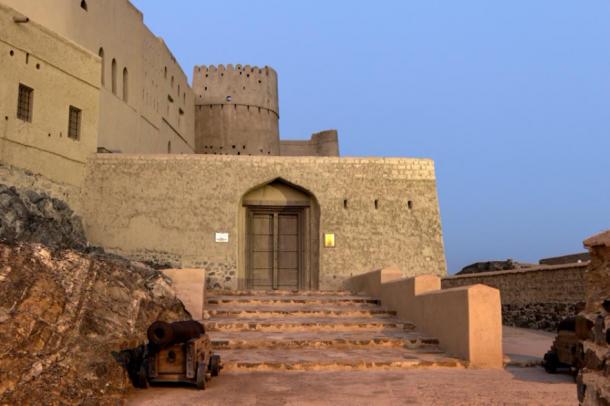 Roads and paths allow tourists to explore the mountain, which offers stunning views.